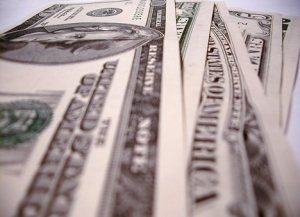 To answer this question, we’ll go through a critical assessment of the State’s revenues, expenditures, deficits, and debt based on annual survey data by the US Census Bureau from 2005 to 2009. Furthermore, New York State figures will be compared with those of other states and, as suggested by Mikesell (2010), we will review the influence of budgeting structures, institutions, and practices.

In short, the state’s revenues are in a delicate situation. Moreover, as the economy recovers (…), structural challenges can remain unless bold fiscal reform is implemented in three areas with respect to revenue planning and execution: the worsening situation of tax gaps, the need to increase revenue faster than expenditure (this issue is further developed in section five), and better risk management in the insurance trust system.

A widening tax gap, mixed with higher growth rates in expenditures compared to revenues will be a dangerous cocktail. Efforts are required to increase tax revenues through several avenues including reduction of tax avoidance and evasion, as well as exploring the feasibility of tax increases. The latter will naturally require the most careful implementation because it is not only politically challenging, but as the Laffer curve suggests, there is a tax rate after which tax revenue begins to decrease due to evasion and avoidance.

Finally, the issue of risk management in the insurance trust system needs to be improved. This category has the highest standard deviation (implying risk) of all revenue sources; its dramatic drop dragged total revenue; and it is a politically sensible revenue stream. The insurance trust pays for employee retirement, unemployment compensation, workers’ compensation, and disability benefit social insurance programs. This source simply can’t be placed under such a high risk!